Curtin University's Robertson Library wanted to establish a brand new eLearning hub to help their students with their study skills – including time management, referencing and essay writing. The online eLearning hub should also provide essential resources for postgraduate researchers and teaching professionals. At the end of the 3 months contract we wanted to have a highly refined, interactive prototype of the eLearning Hub available that focussed on one of the main difficulties (undergraduate) students experienced during their studies.

The challenge here was to create a product that fulfilled the needs and requirements of a variety of internal stakeholders (research department, teaching support and marketing etc.), as well as our main target audience (tertiary students).

I was the only UI/UX Designer working on this project together with a developer, project manager, content developer and subject matter experts. My main task was to create the user interface for the eLearning environment, with a particular emphasis on a well thought through user experience throughout. I worked both onsite, as well as remotely and was available for weekly team meetings on campus. Due to project funding restrictions the role was a a fixed term contract from September 2018 to December 2018.

Over the course of the project I first created wireframes before moving onto high-fidelity mockups via Sketch. Changes made to these refine mockups were constantly reflected in the InVision prototype that was presented at our weekly team catchup. Here feedback and suggestions were discussed within our team and later implemented by me. Throughout the last week of the project the team leader and I ran a 1 day user test with university students. I developed user scenarios, tasks and questions to gather valuable feedback from students. After user tests were completed and our team had established which changes were to be implemented I did the necessary amendments and handed over the original source files to the team before the project concluded.

The team received great feedback on functionality, usability and visuals of the interactive eLearning Hub prototype – from internal stakeholders as well as students. While small amendments were implemented after we received feedback from user testing (such as changing the order of eLearning modules and learning paths on the site or amending the wording for certain headlines), overall the prototype and eLearning content was well received. Further development of the eLearning Hub project in 2019 is now dependent on additional funding which is to be sourced by the university. 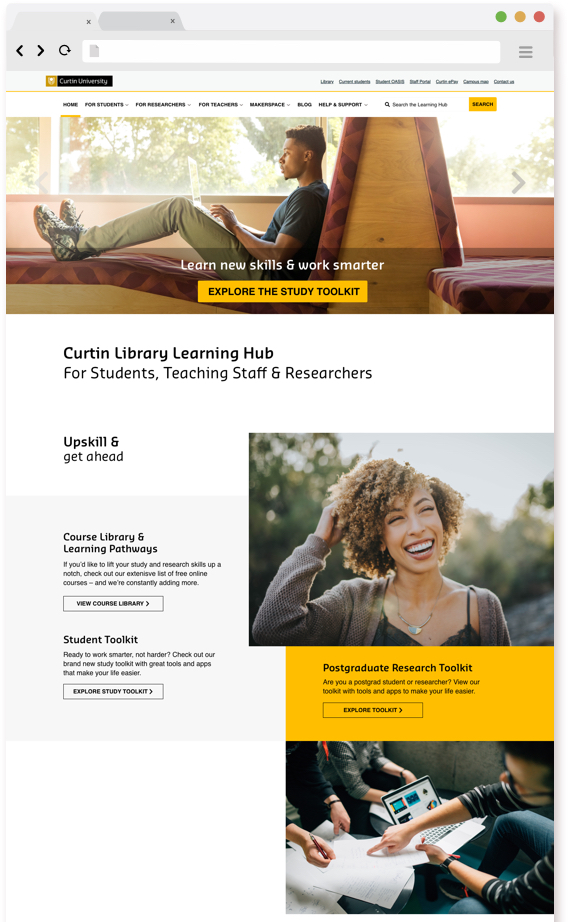 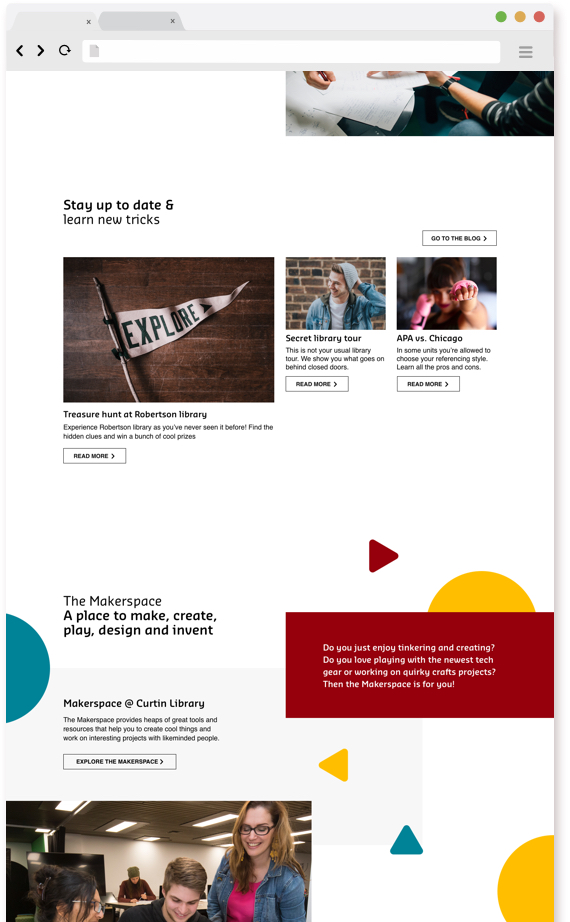 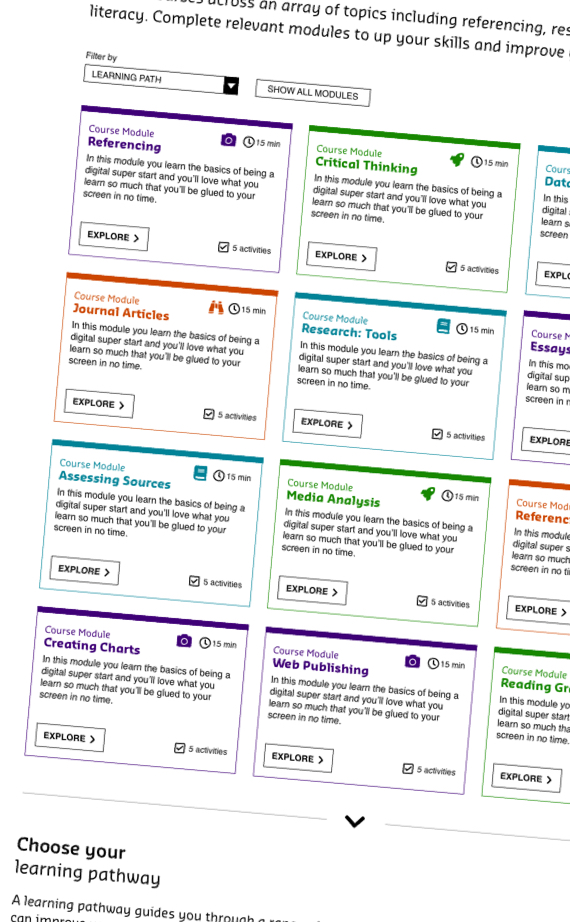 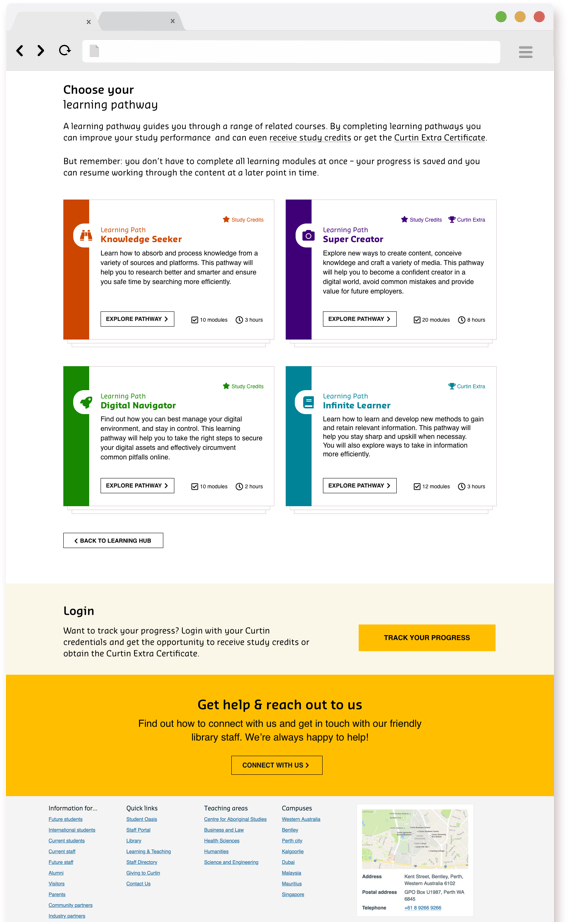 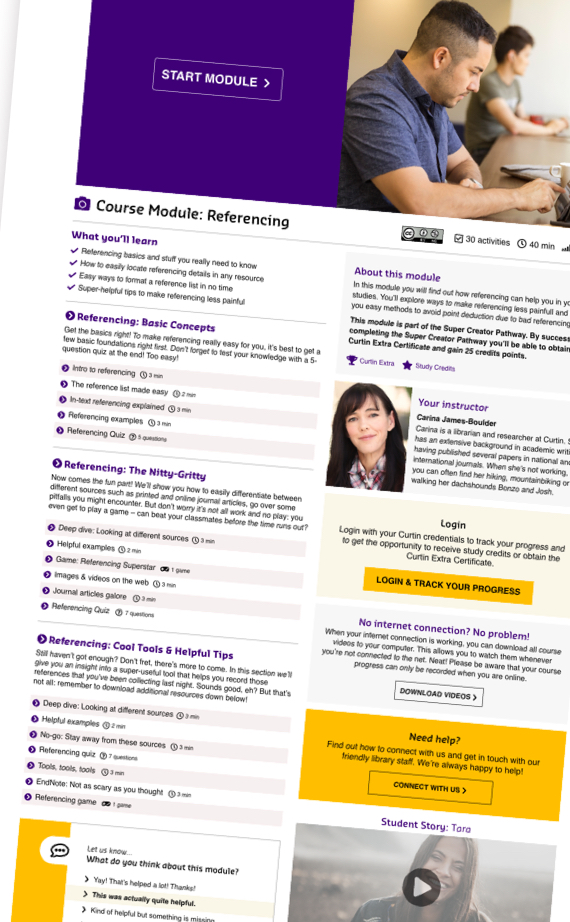 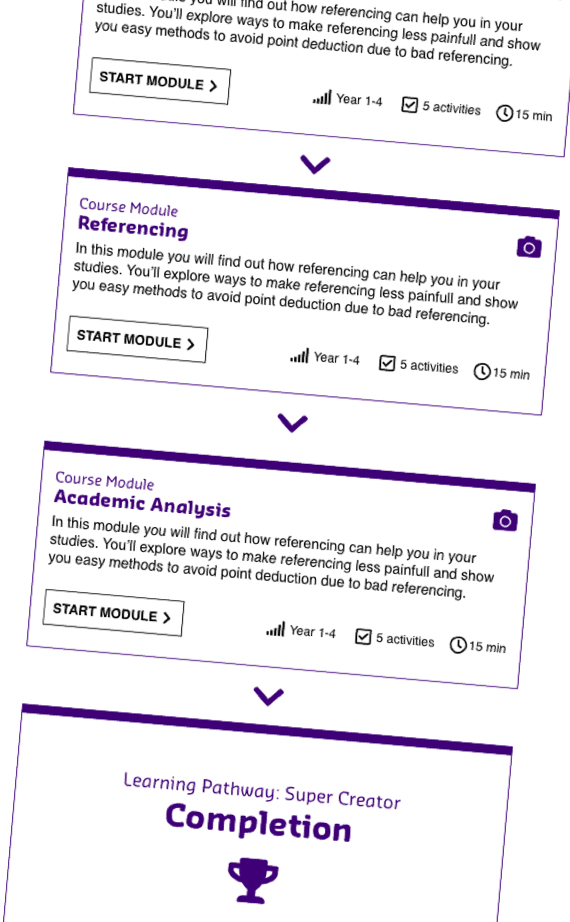 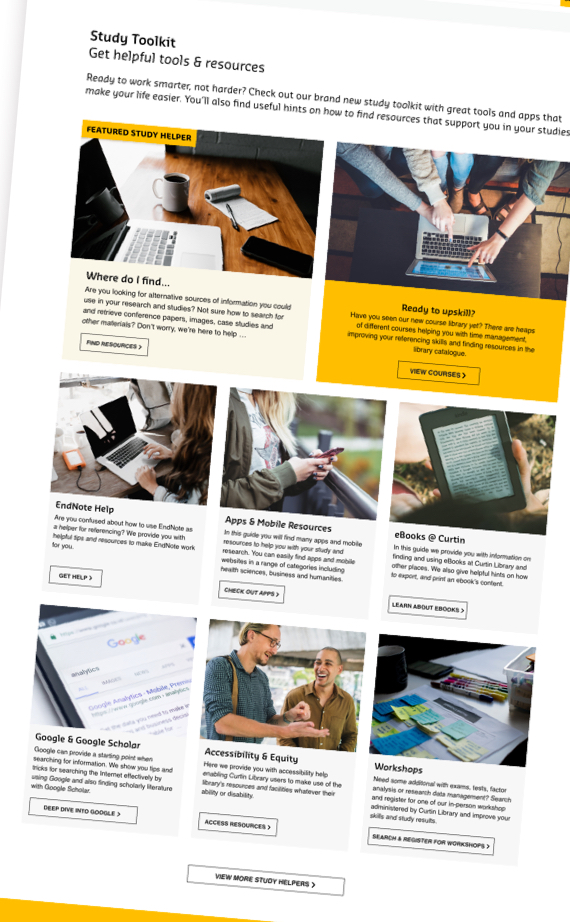 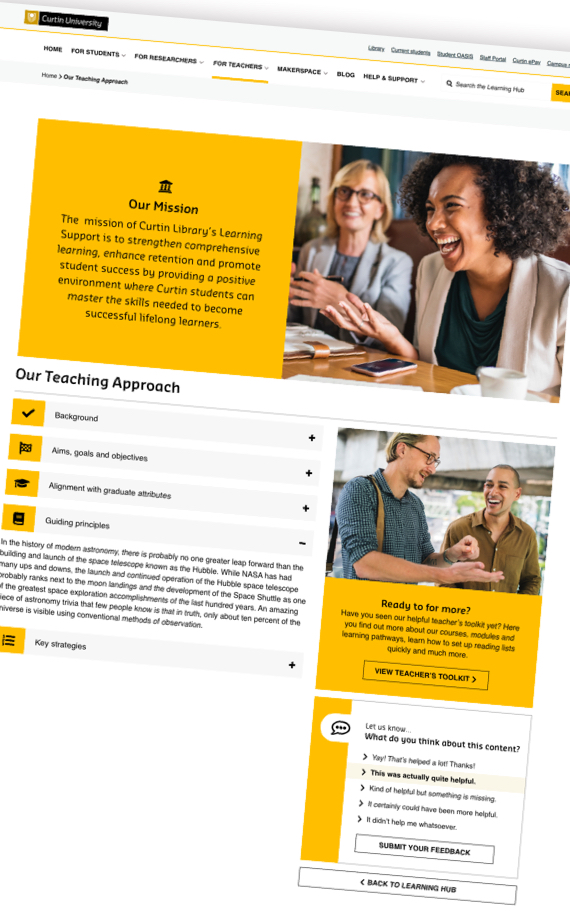