The Curtin University Makerspace is a creative facility located on Curtin's Bentley campus in Perth Western Australia. Students and staff can use the Makerspace to work on creative projects, experiment with technology, as well as hold and attend workshops. Some of the equipment available to use includes arts and crafts supplies, photo and camera equipment, 3D printers as well as VR technology.

As part of the university's new digital eLearning platform I created, the Makerspace microsite was included as a way to inform students and staff about its offerings.

The challenge for this microsite was to integrate seamlessly into the eLearning hub, while still expressing the Makerspace's own distinctive identity.

I was the sole UI/UX Designer working on this project. I worked in tandem with a small group of professionals from other areas, including team leaders, academics, developers and Makerspace staff and subject matter experts.

I created a microsite which was very different visual to the main site (eLearning hub) and reflected the playful, experimental and creative vibe of the Makerspace itself. The site was well received during user testing with students and received positive feedback from internal stakeholders. The microsite currently exists as an interactive InVision prototype until technical development is being undertaken. 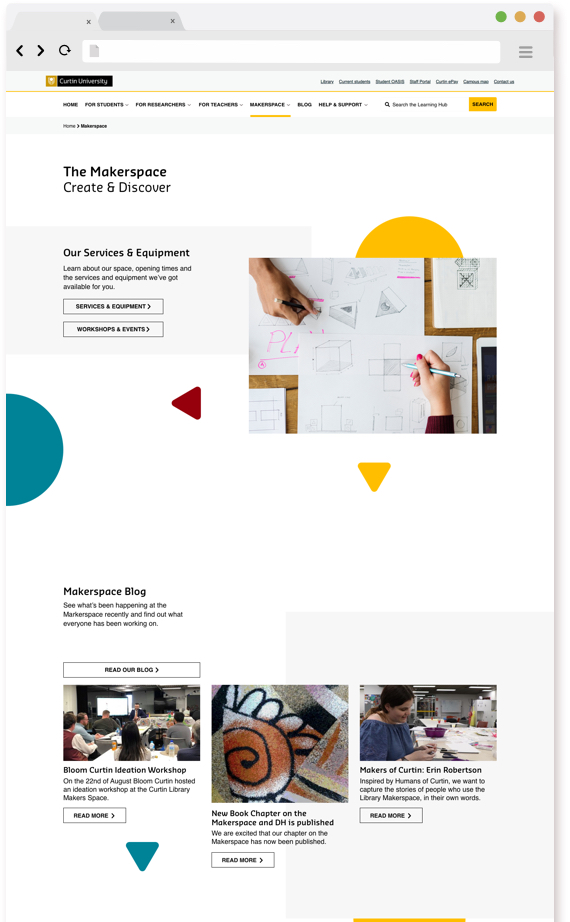 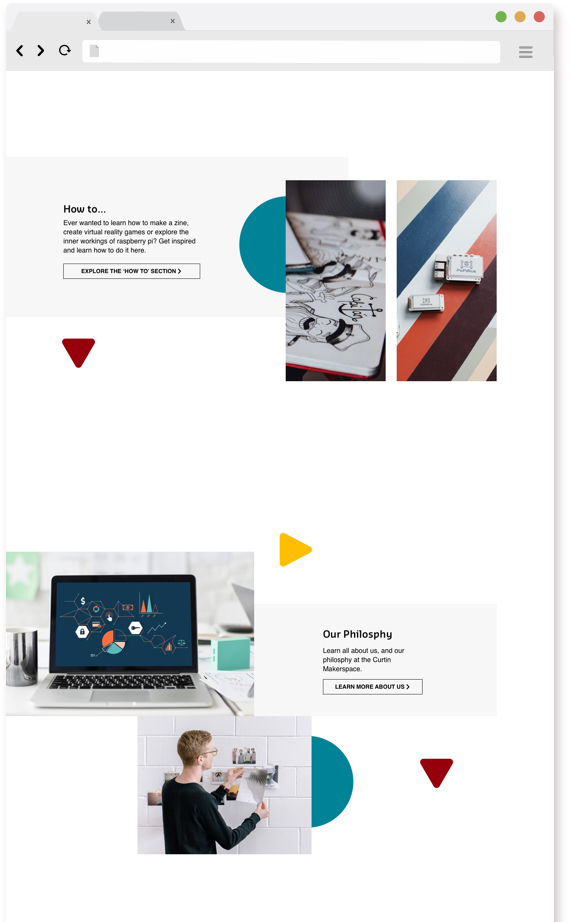 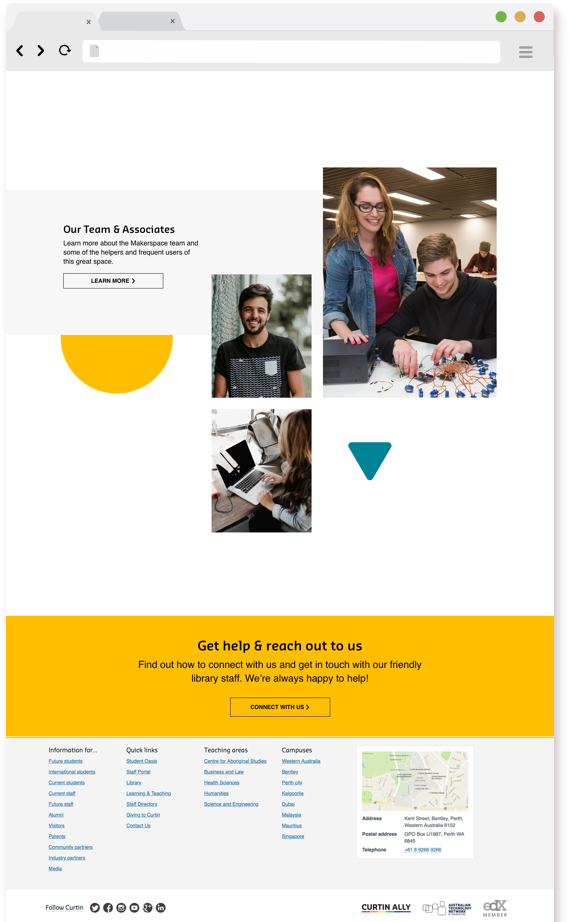 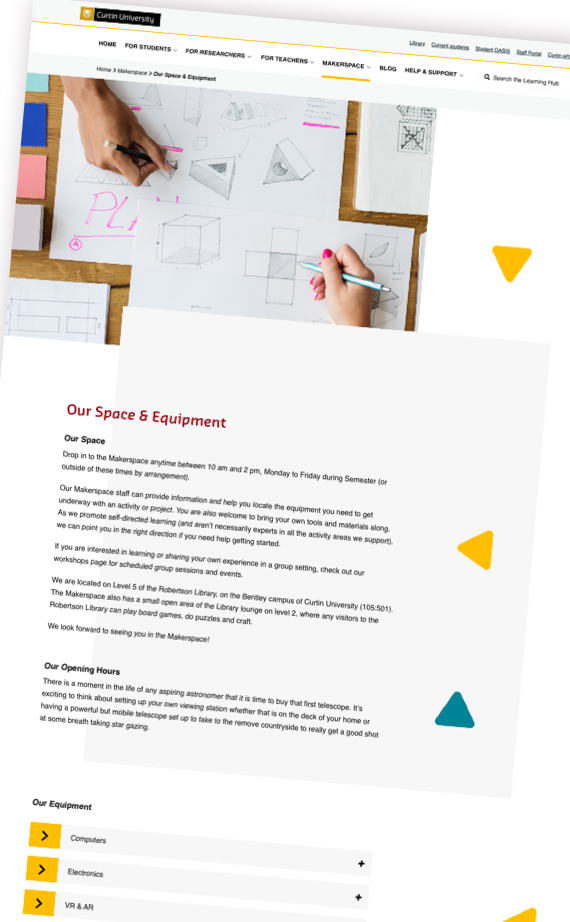 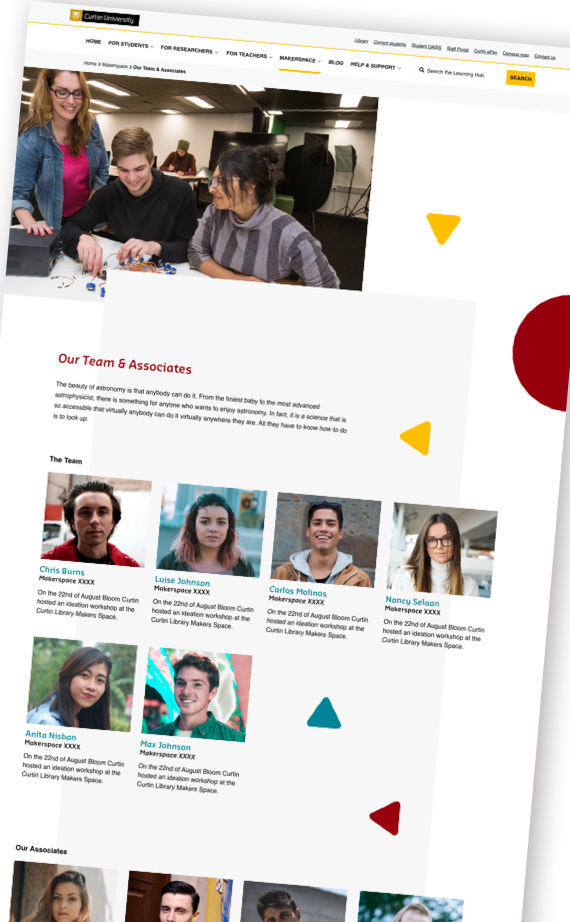 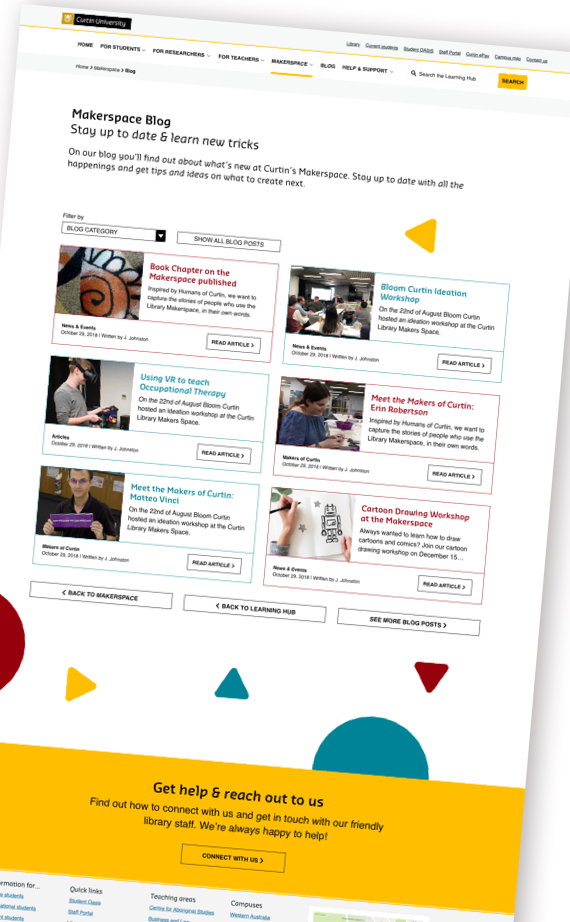